How do you write your “love story”? After some writer’s block, we realized that we create it in much the same way as the relationship itself.. keep writing it a little every day, and over time the sentences become paragraphs, and the paragraphs meld into pages and before you know it you have a beautiful story. Here is our story.... 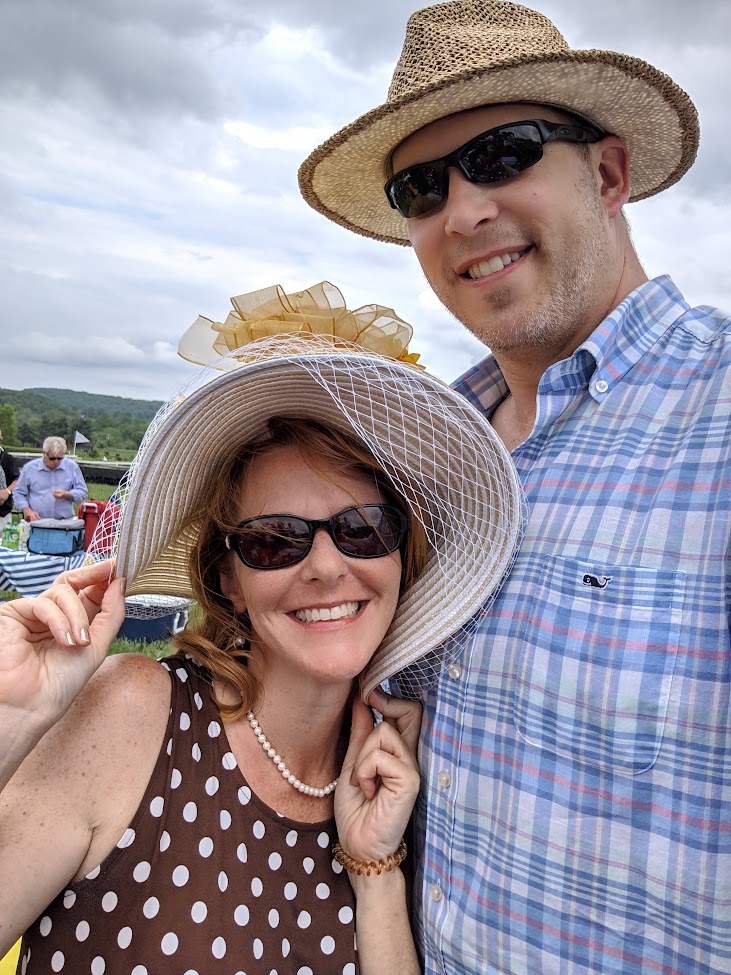 Two friends, Stephanie and John Rehanek, introduced us to one another at Gold Cup. Stephanie invited Carrie to join her and John for the event. Despite Carrie being adamant about not wanting friends to play the role of matchmaker, Stephanie and John also secretly invited Ward. John lured Ward with a promise of a “smorgasbord of women” whom he said were to attend, and much to Ward’s surprise, there was only a single woman there, Carrie. We met, we chatted, we laughed, and so it began. 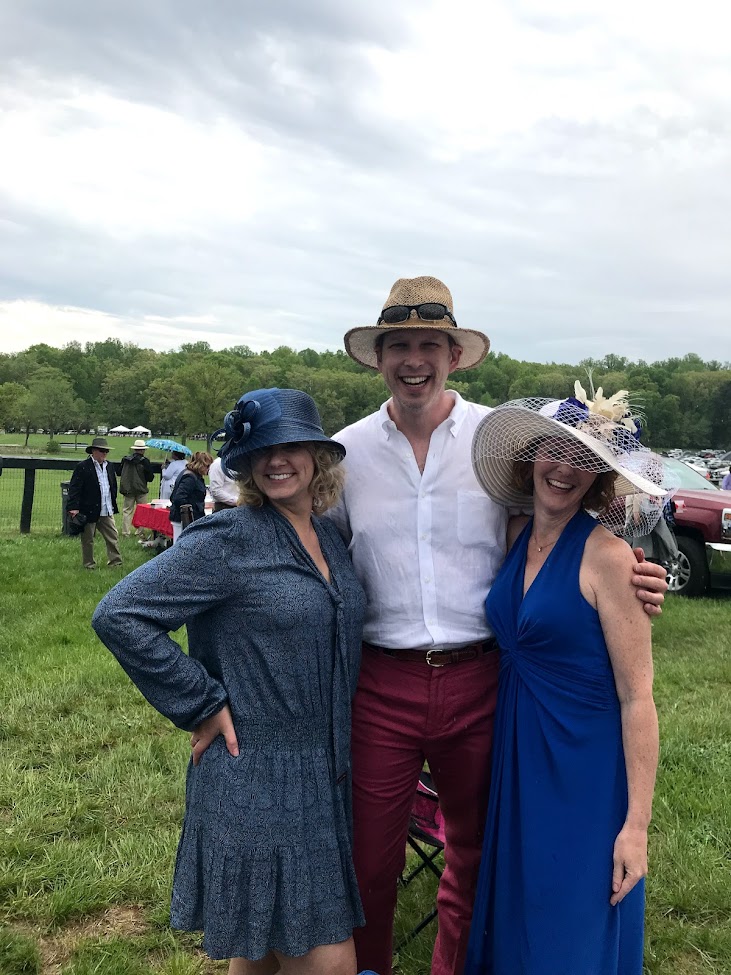 A Little About Us...

Carrie and Ward have a striking number of similarities...we both have 3 children, 1 boy and 2 girls each. Both of our eldest daughters, Kate and Abigail respectively, are attending college in Massachusetts. Ward’s eldest, Dennis, graduated in May of 2021 from Louisiana State University where Carrie’s youngest daughter, Emma, also attends. Ward’s youngest daughter, Sarah, who is attending college in Ocala, Florida is exactly 1 month older than Carrie’s youngest daughter...Sarah being born on 1/9/2002 and Emma being born on 2/9/2002. All 3 of Ward’s children attended Randolph Macon Academy, and Tom, Carrie’s 14-year-old son, now attends Randolph Macon Academy also. Additionally, Tom has joked that he should just plan to go to college in Florida to keep the tradition of “kids going to college in the same state” alive.

We both love the outdoors, hiking, fishing, kayaking...in fact, we now own a total of 5 kayaks between the two of us. We enjoy traveling, but also enjoy relaxing at home, playing cards, reading, or watching a good movie. We both have very eclectic tastes in music and it is not uncommon for us to listen to a playlist of Tony Bennett, followed by David Allen Coe, followed by Drake all in a row. We are both extremely competitive, sometimes to a fault.

But we aren’t completely alike. Though we both enjoy the beach, Ward hates the sand and enjoys the shade of an umbrella. Carrie, on the other hand, doesn’t mind the sand and enjoys soaking up the sun. Ward is perpetually hot, and Carrie isn’t functional unless it is at least 75 degrees and humid. Ward loves spicy food with an added dash of Sriracha on everything, Carrie had never tried Sriracha prior to meeting Ward, though her fondness for spicy foods has evolved. Ward is great with numbers, Carrie.... well, not so much with the math. Carrie is great at Scrabble, Ward not so much with the spelling. That said, Ward did win a game on one of our first dates and, well, okay...also one since then, but who’s really counting? (Ward says we’ve played four times). Carrie loves yoga and Ward likes watching yoga. Ward loves running and Carrie has participated in a handful of 5K’s, but it would be a stretch to say Carrie LOVES it. (See what we did there, “yoga”, “a stretch”, Carrie and Ward both find themselves to be far more amusing than they actually are.) Ward has always owned a dog, while Carrie never has...until now. In fact, Carrie thought she wasn’t a “dog person” at all and as turns out, she couldn’t have been more wrong. 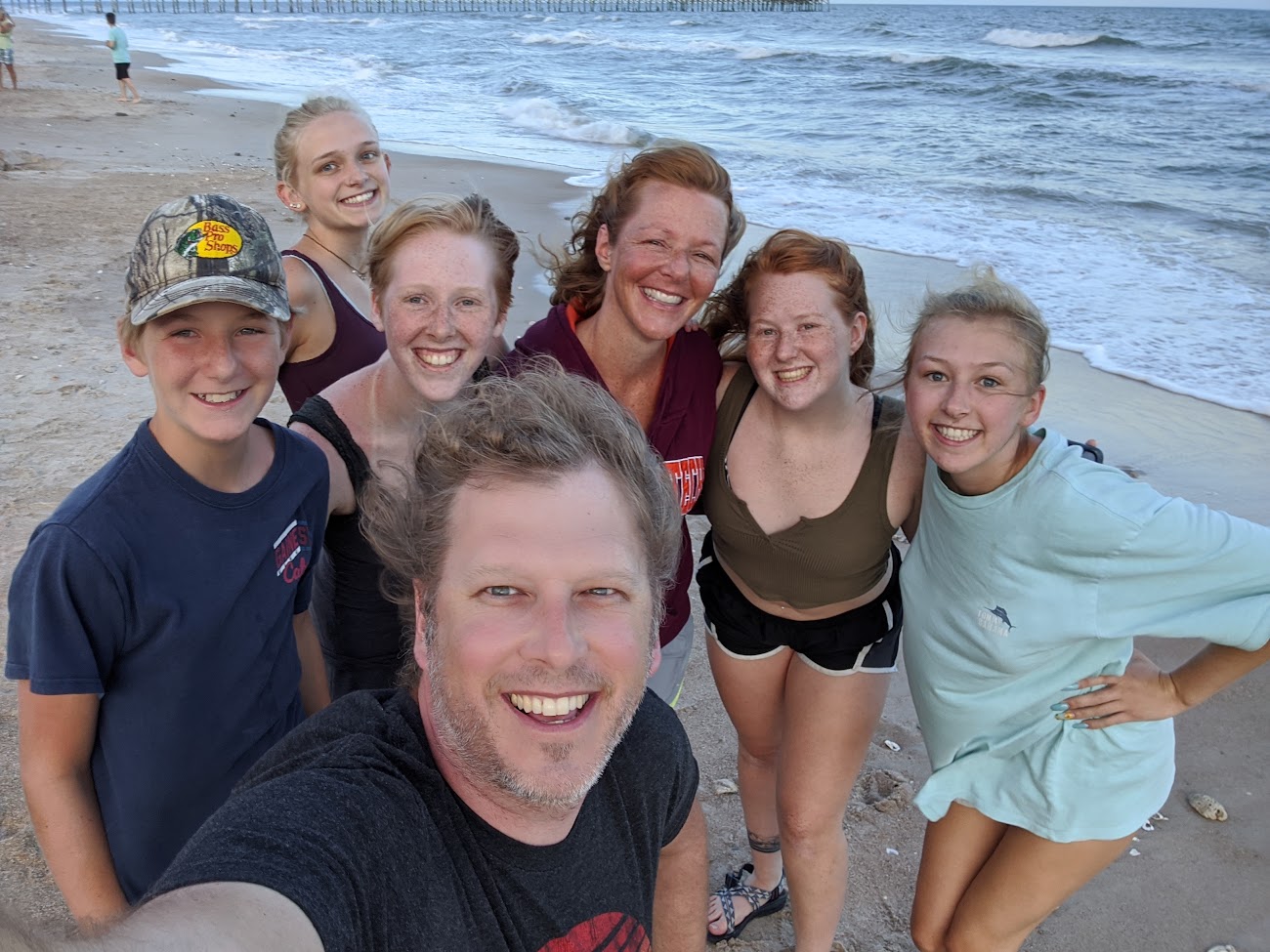 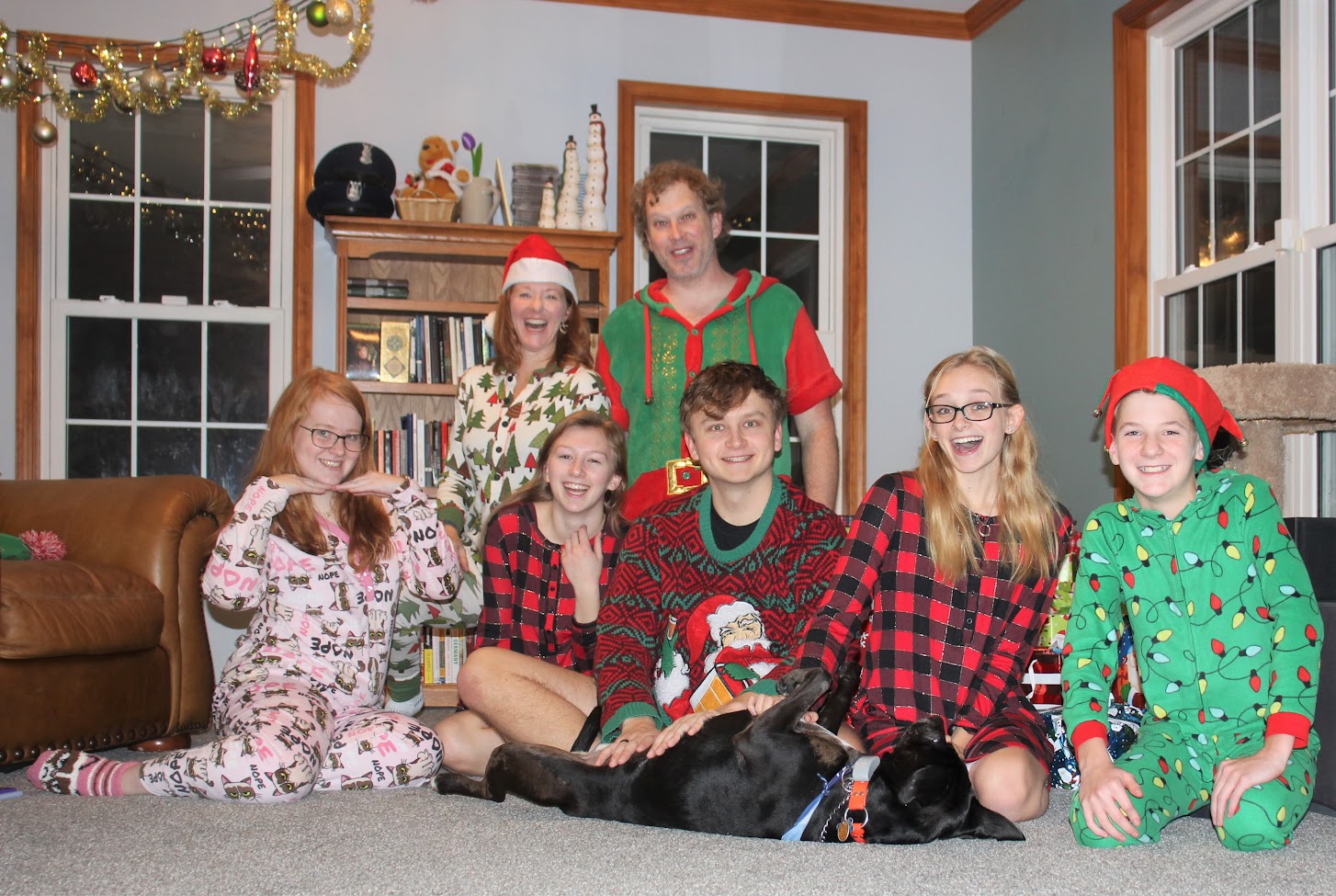 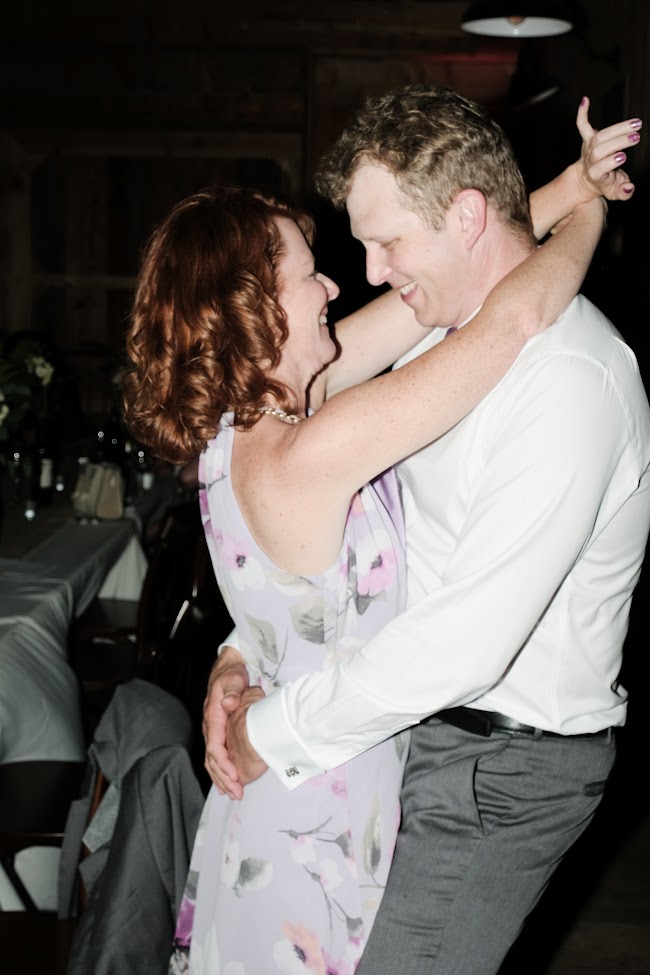 Ward not so discreetly carried a small cooler around with him for much of December of 2019. We both have our fair share of quirks so we’ve come to expect that the other will do some weird stuff occasionally and we tend to overlook it. Though at first Carrie noticed this cooler coming along with them everywhere, it was December and with all of the thoughts and planning that goes into Christmas with not just 3 kids, but 6 now, Carrie just didn’t think to ask about it. Carrie spent that Christmas Eve and Christmas morning with Ward and his kids watching them open gifts for the first timer. After all of the gifts were opened and Carrie was preparing to leave to spend Christmas day with her children, Ward asked if Carrie had enjoyed spending Christmas morning with them and opening gifts. When Carrie said, “Yes,” he said, “Well, here, you have one more gift,” handing her the cooler. Inside was a beautiful ring. Ward said, “I’d like it if you’d spend every Christmas with us...maybe put it on the calendar in permanent marker?” And she did. (And the cooler? What was that about…insert dad joke here....it was for the “ice”)

It’s been a long, interesting, sometimes wonderful, sometimes rocky, forty-”cough” years spent waiting to meet one another, however it was well worth that wait. It seems like yesterday that we met while at the same time it is hard to imagine life without one another. We are both so grateful to share our lives with one another and to be blessed enough to spend our days laughing and reveling in the good times, helping each other through the hard times, and relaxing together during the in-betweens. We hope more than anything that you will join us for our celebration of the start of our lives as husband and wife. 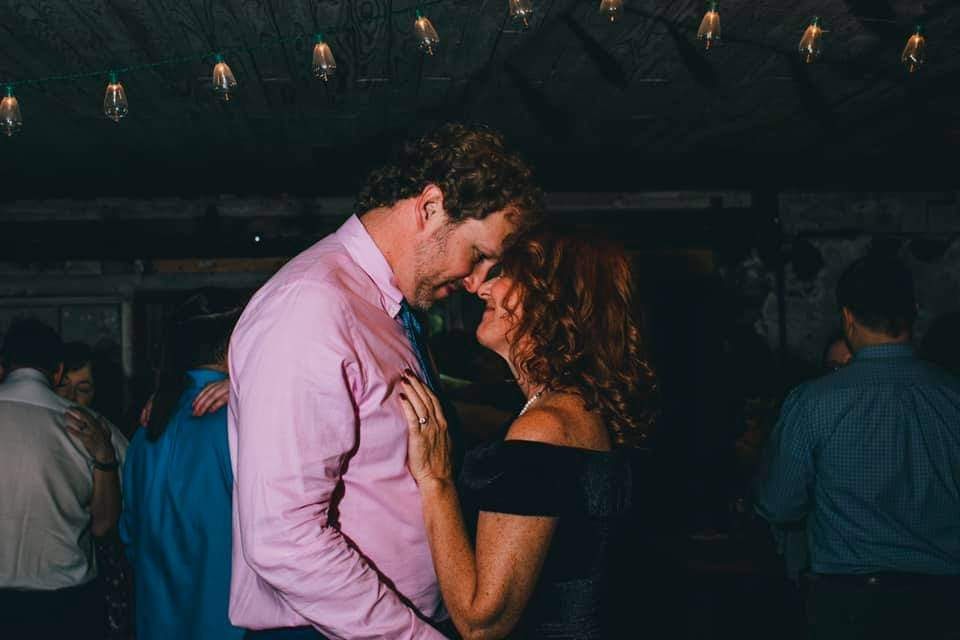 Here are some hotels we recommend in the area!

In regards to our wedding registry, the only gift we are hoping for is your company as we celebrate this day and our future together. The best and most important gift you could possibly give us is the gift of your time. 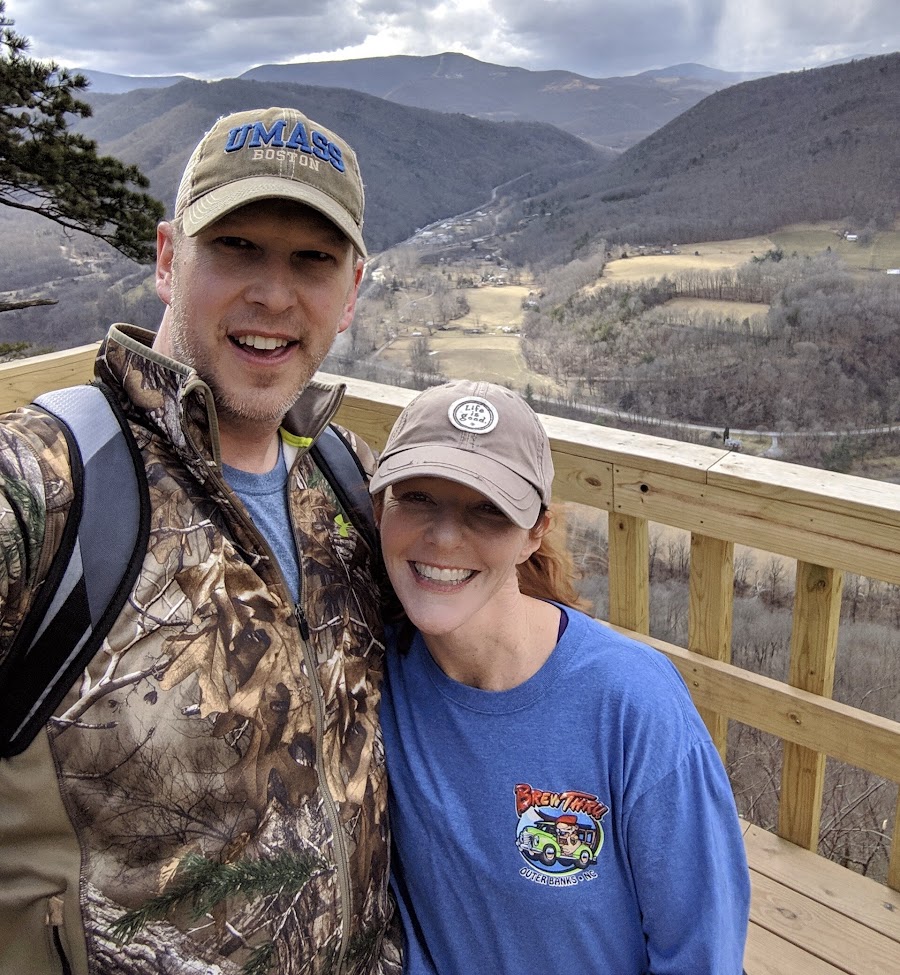 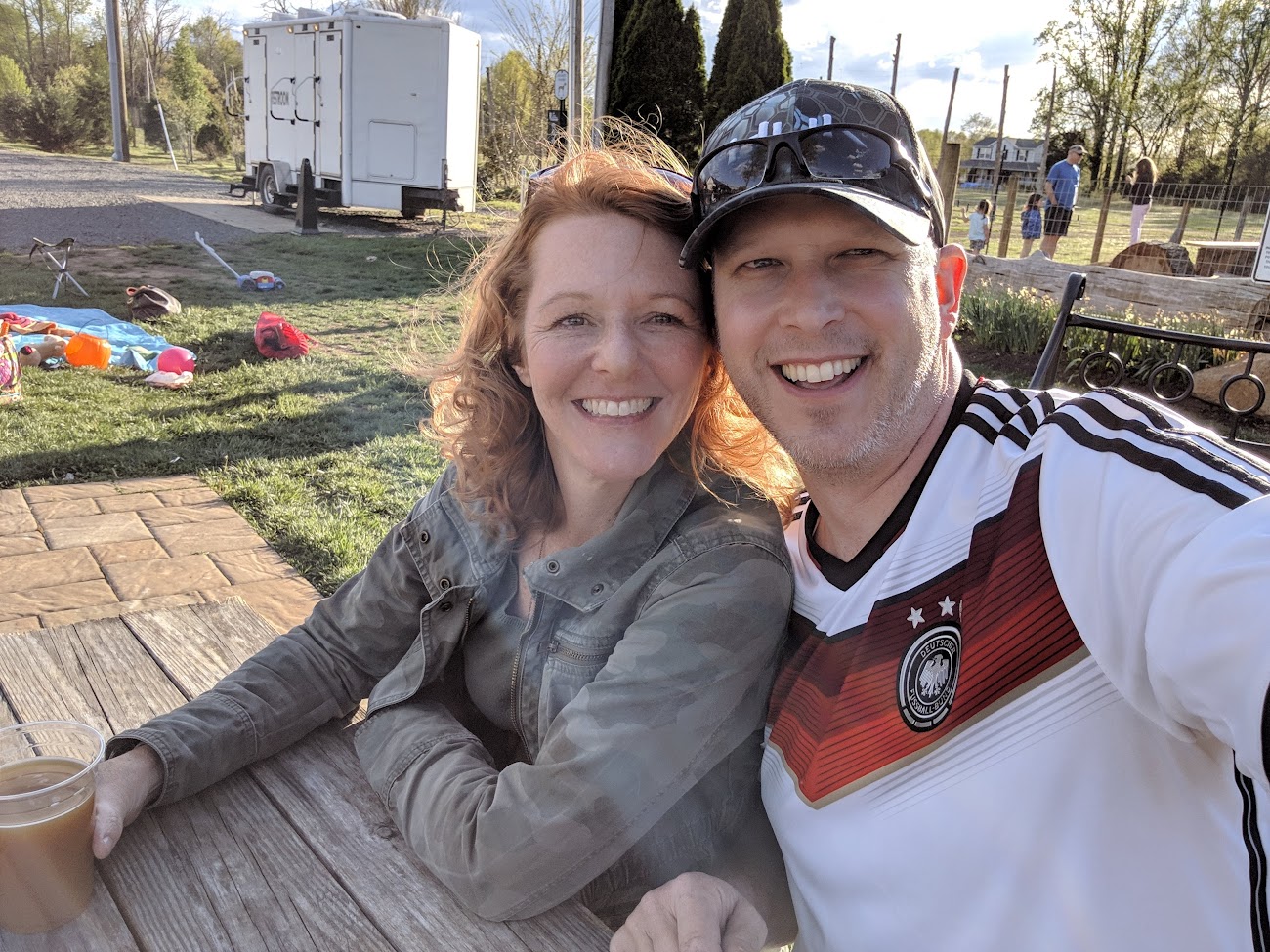 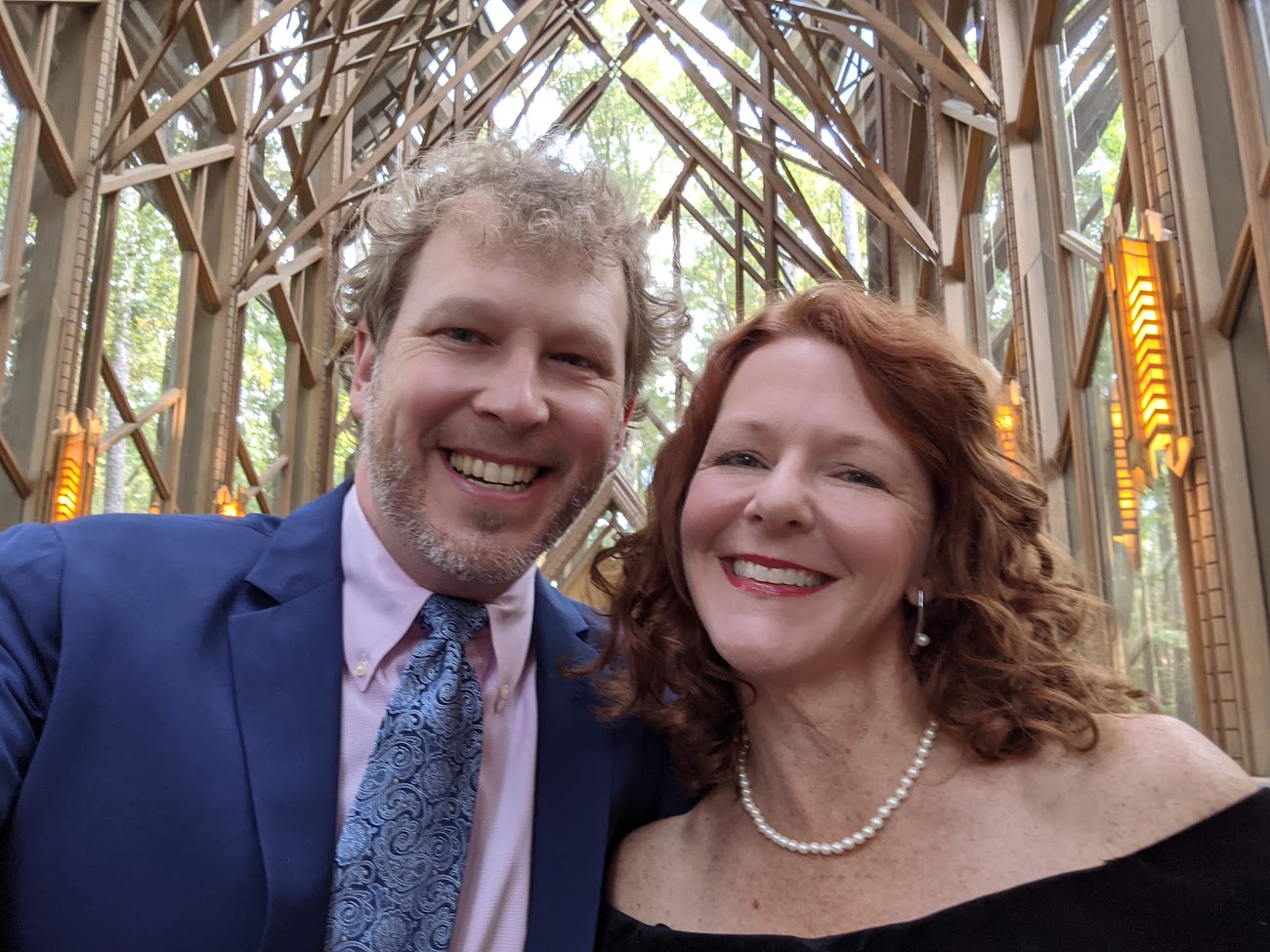 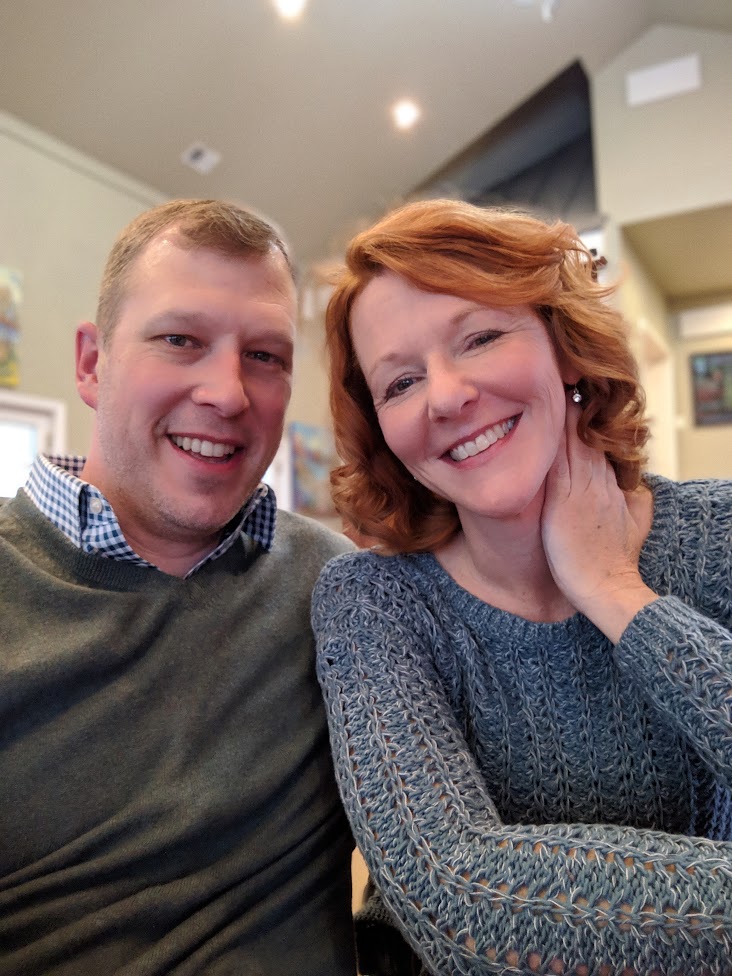 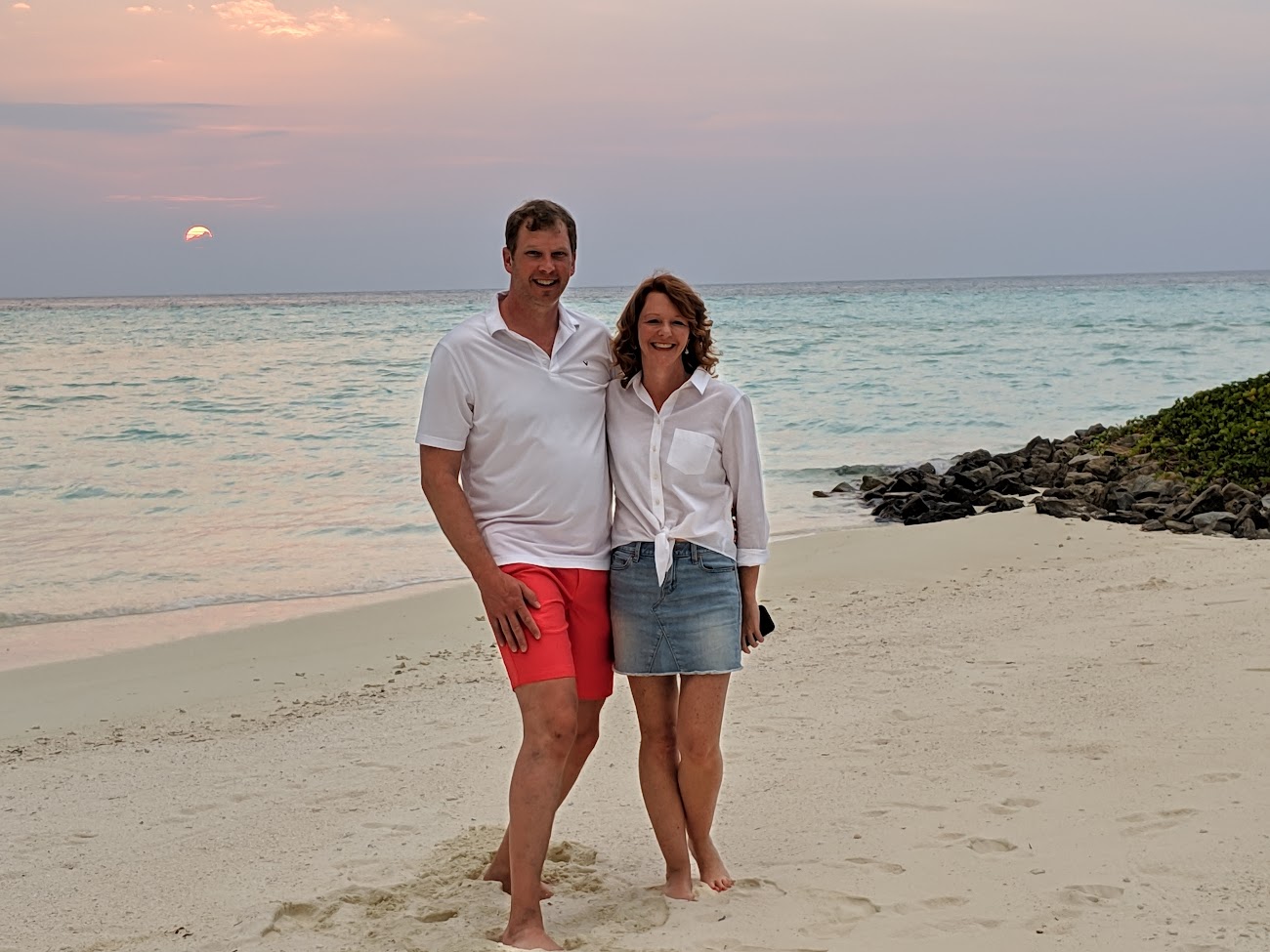 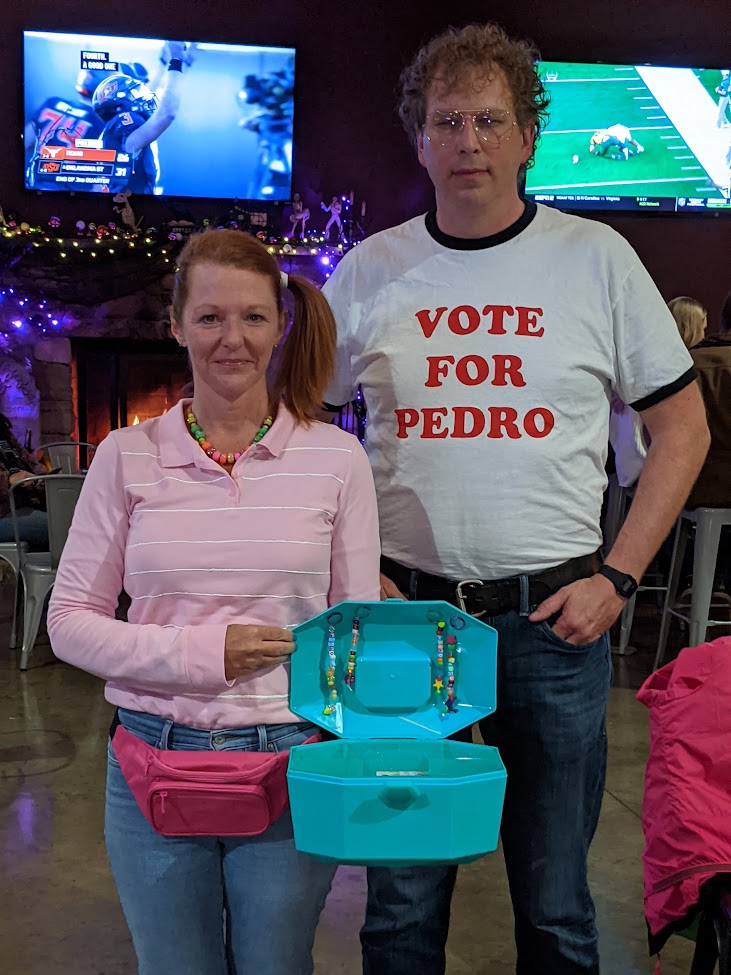 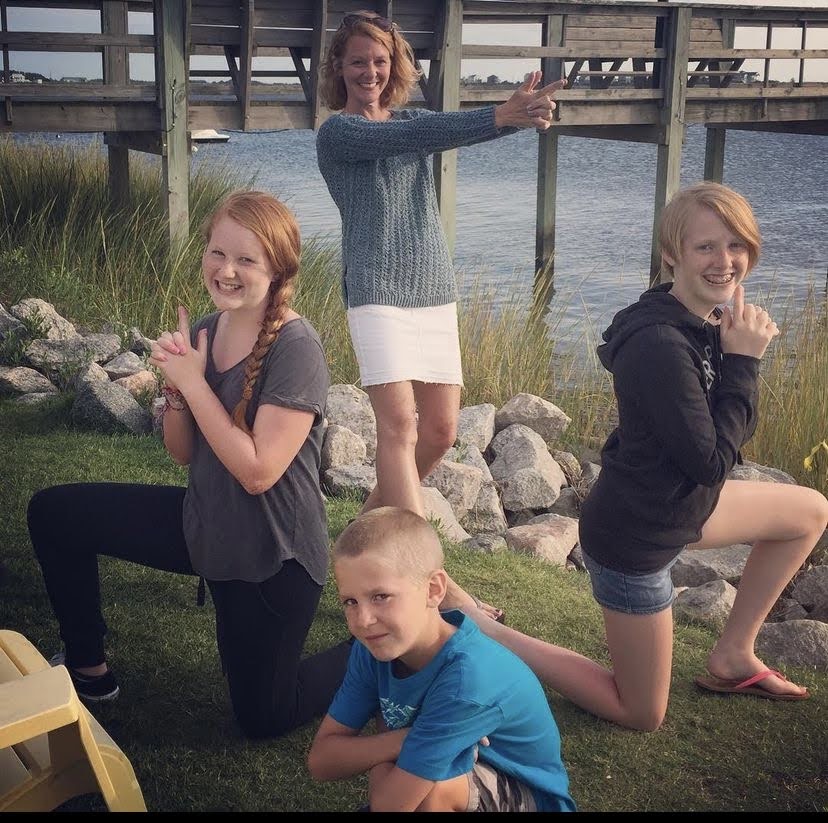 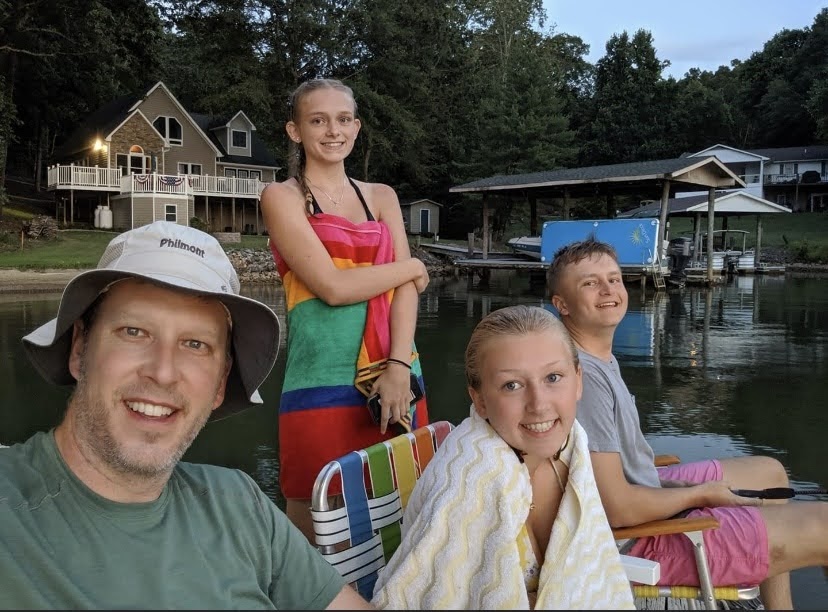 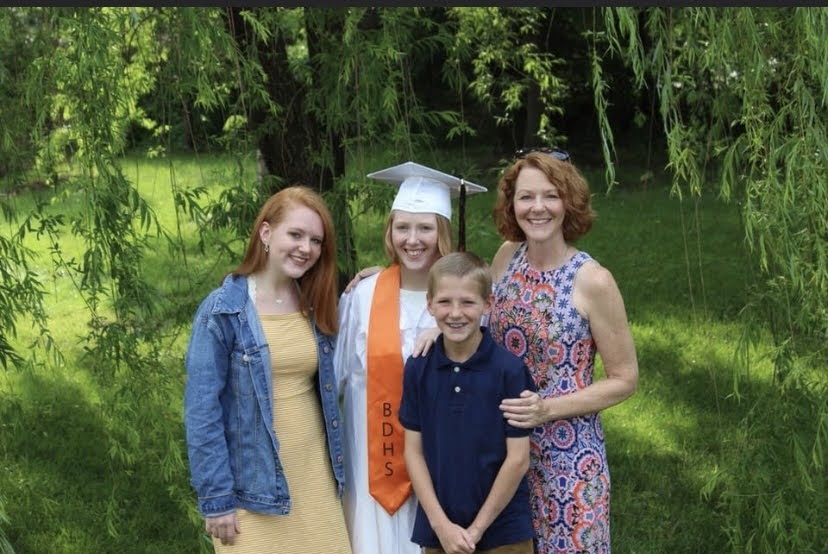 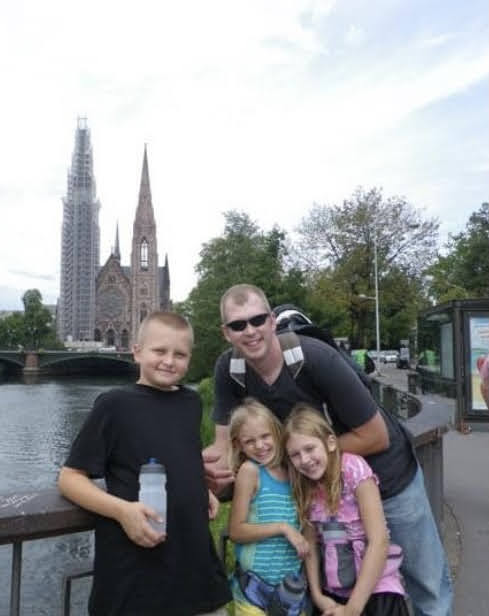